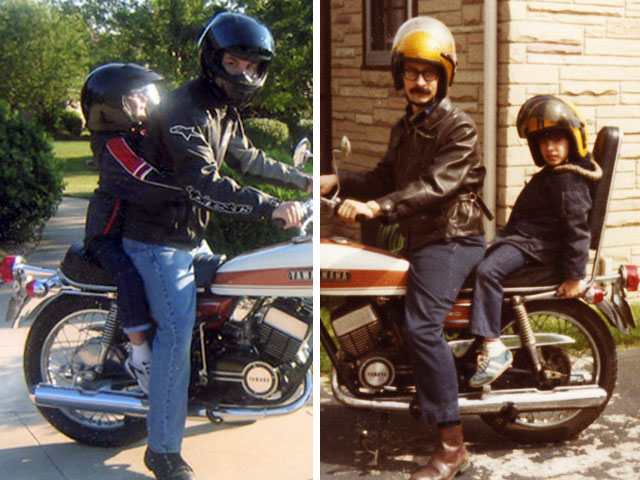 Steve wrote in with some nice things to say about the site, as well as a really great story to tell:

Hello, I wanted to first thank you for your very inspirational site. I check here often. I wanted to share my story and my bike with you.

I'm 36 years old and my dad had this old 1971 Yamaha R5 almost since I was born. It was always an "old motorcycle" that I never paid much attention to. He rode it rarely. Although, I have some cherished memories on the back seat, leaned into the sissy bar enjoying the thrill only a 7-year-old could understand. (See the attached picture for a pic of me as a boy on the back with my dad.)

For the last 15 years, it mostly sat, dirty and rusting in my parent's garage. "When are you going to get rid of that leaky motorcycle" my mom would occasionally say.

One day my dad chimes in "I think I'm going to put the motorcycle at the curb, sell it for $50." Something went off inside me. I HAD to have the bike. I had never ridden a motorcycle, never cared about motorcycles. Certainly knew nothing about fixing one. But I had to have this piece of family history. My Dad gave it to me for free on the spot. The next week I picked it up on a trailer and hauled it 60 miles home to my house. It barely ran and looked tired. One cylinder was misfiring. One carb barely working. Exhaust so clogged-up it couldn't go over 40 mph. There was a thick layer of grime and oil on everything. Did I mention my dad NEVER washed it? Seriously, maybe a fender got wiped off now and then. But for the most part, road grime and oil coated every nook and cranny.

I got it home and immediately began tearing it apart and sorting every bit. Did I mention I have never taken apart or worked on a motorcycle before? I spent over a year, part-by-part restoring the Yamaha in my garage. Bought an old manual, but did most of it on instinct. I found amazing satisfaction in figuring things out as I went. The bike was an absolute dream to work on. I was never intimidated, and every restored part was gratifying beyond belief.

Somehow, it seemed the layer of grime had sealed in the bike pretty well. No major damage to fix. Only surface rust to deal with. Solid electrical and a very happy motor after a top-end rebuild. I learned all about taking carbs apart. I repainted the frame (with the engine still in, don't ask) and stripped and repainted the bodywork to match the original. I kept the bike as original as I could. Only replacing the stock bars and mirrors. I found a few loose parts like the badges on eBay. But for the most part, I kept her original. There wasn't a square inch on the bike that didn't get my attention to bring her as close to new looking as my meager budget would allow.

This is my baby now, I still putter with her in the summer and ride her when I can. Did I mention I have a Ducati Monster that has drawn my attention lately? But the Duc cannot compare to the old soul of this girl. Every so often I get my son on the back (see other picture) and hope he's enjoying it as much as I did. Now if only I could find a nice sissy bar. 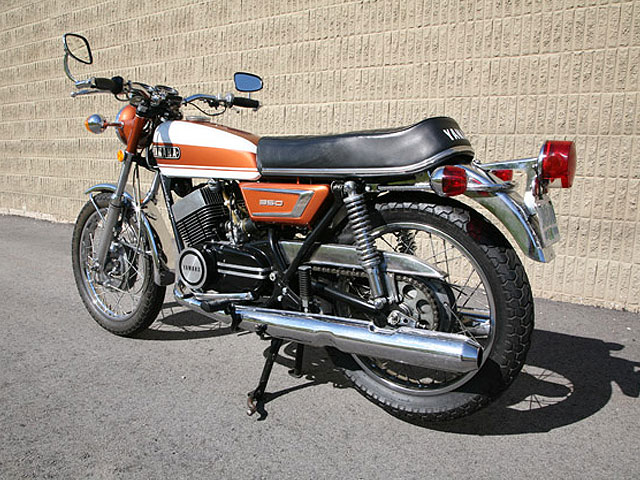 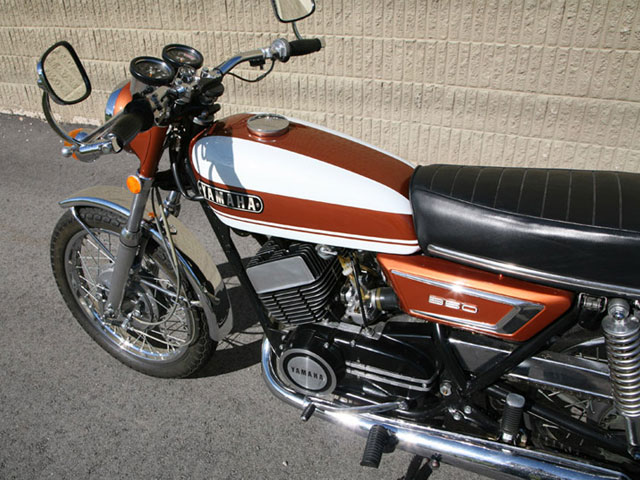